Set Pieces: The Forgotten Art Of The Modern Game

Ask any football fan about Zinedine Zidane, and the same adjectives will constantly pop up. Magician! Breathtaking! Legend. The French playmaker was undoubtedly one of the most talented footballers of his generation. His play consisted of unbelievable creativity, an unrivalled first touch and amazing technique. One of the most important goals he scored in his illustrious career will probably never be repeated again. That volley against Leverkusen in the Champions League final is arguably the greatest goal ever scored in any European Cup final. Yet, what about two other of his most important goals of his career? Those were undoubtedly the two headed goals from corner kicks in the 1998 World Cup Final against Brazil which led France to their maiden World Cup victory.

Those goals had nothing to do with Zidane’s supreme talent and could be replicated by any professional footballer. What those goals showed more than anything else is the importance of set pieces, something that is not given enough attention in the modern era of football.

Usually the focus on scoring goals from set pieces or corner kicks is reserved for teams with limited footballing ability that cannot match the traditional powerhouses. Thus, their only chance of scoring goals comes from a rare set piece or corner kick. Developing effective set piece routines in training is often seen as valuable time wasted by many teams when that time could be spent elsewhere. In the infamous book The Numbers Game, authors Chris Anderson and David Sally made the adamant statement that “Set pieces are next to worthless; given the risk of being caught on the counterattack, with your central defenders marooned in the opposition’s box, their value in terms of net goal difference is close to zero”. However that can’t be further away from the truth.

Some of the biggest games in recent memory have been decided by goals from set pieces. Both of Manchester United’s goals in their dramatic 1999 Champions League final victory over Bayern Munich came through corner kicks. Marco Materazzi’s equalizing goal in the 2006 World Cup final came through a bullet header from a corner kick which allowed Italy to win on penalties. 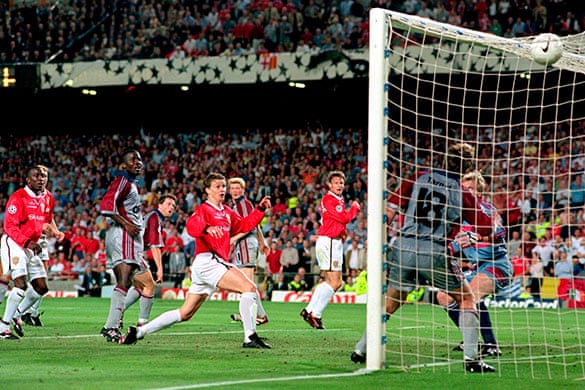 Atletico Madrid’s victorious La Liga campaign in 2014 is well documented for featuring tactics that heavily revolved around taking advantage of set piece goals and in particular corner kicks. Such was their set piece prowess that you would have excused some teams for thinking they were conceding penalties when Atletico won a corner. And the goal which won them the league? A typical Diego Godin header from a corner against Barca at the Camp Nou. That same Atletico team nearly completed an unbelievable domestic and European double, only to be denied ironically by yet another set piece goal in the form of Sergio Ramos’ last gasp headed goal from a corner kick in the Champions League final.

But perhaps the best example of how taking advantage of set pieces is a crucial part of a successful team can be seen when looking at Barcelona’s recent treble winning team of 2015. Much of the publicity of the current Barca team obviously goes to their fearsome trio of Messi, Neymar and Suarez who ripped most teams to shreds last season. However, an overlooked fact is that the current Barca team scored an impressive 15 goals from set pieces in the league last year. Compare that number to the combined total of the previous two season- a measly 10 goals from set pieces. Many teams know that they cannot match Barca man to man and thus set up with an extremely deep defensive line. In previous seasons, Barca struggled against teams that adopted these tactics which led to some disappointing results. Moreover, they struggled badly with defending any sort of set piece coming into their area.

However, Barca were able to turn their previous Achilles heel into an area of strength. Once Barca took advantage of a set piece and scored, this forced the other teams to come out of their shell and that gave Messi, Neymar and Suarez the space they can exploit with effortless ease. More importantly, this new found strength also proved to be pivotal in Barca’s La Liga campaign. During two crucial game-weeks of the La Liga season, Jeremy Mathieu headed in goals from set pieces against both Real Madrid in El Clasico and then the winner in a 1-0 win at Celta Vigo.

Much of the praise should go to assistant manager Juan Carlos Unzue who took charge of the set piece preparations in training which have reaped massive rewards. It was clear to see from the celebrations on the bench whenever a set piece goal was scored that both coach Luis Enrique and the Barca players were quick to give Unzue the credit.

Unfortunately, in today’s modern game, there is an increased emphasis on technique and skill at the expense of devoting time to create clever set piece routines. Any team which tries to emulate Barcelona or Arsenal’s possession based football is immediately praised as being a brave positive team whilst teams which try to take advantage of set pieces are ridiculed by the football purists. The analysis and the discussion are always focused on great team goals and individual brilliance. While it is true that these aspects of football provides the excitement every fan wants to see, this overlooks such an important part of the beautiful game. After all history has clearly shown us that some of the most successful sides in football have always been able to use set pieces to their full advantage.

“Football is more than a business”: Inside the Big Bath City Bid

Badge of the Week: FC Barcelona

RCD Espanyol: Strangers in their own city