The discreet charm of the Bernese

Not all capital cities form the seat of power in European football. Italy has long been dominated by the northern powerhouses of Milan and Turin; Germany has never really had a capital city giant but looks to Munich for its footballing impetus; France has, historically, struggled to position Paris as the centre of its domestic game; and in England, Liverpool and Manchester have outshone London clubs for long periods.

In Switzerland, it is currently Basel’s republic, with FC Basel having lifted the Swiss Super League for the last seven years. Many people don’t realise that Bern is the capital city – too often they assume it is Zurich, Geneva or Basel.

Bern is often overlooked as a travel destination, too. In fact, when I told some friends I was making a whistle-stop trip, the comment was, “Never mind”. Actually, when I flew to Zurich last year to see the game between Zurich and Grasshopper, I received a similar reaction. On both occasions, I returned with a very positive feeling about Swiss cities. 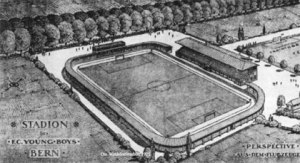 I discovered that Bern has more to offer than chocolate, cuckoo clocks and cow bells. Admittedly, it comes across as somewhat sedate and subdued, with its many trams snaking their way slowly through the old town and setting the pace for everyone. From a football perspective, Bern has never been a hotbed, but it was always well known for one of the most notable European club names: BSC Young Boys.

Once you get past the sniggering, the volume of which increases when you tell people they play at a stadium that was known as the “Wankdorf” – now renamed a more marketable Stade de Suisse (the most expensive building in the history of Swiss construction) – it should not be forgotten that Young Boys of Bern once had a European reputation. In the 1958/59 season, Young Boys reached the last four of the European Cup. They disposed of Hungarian champions MTK Budapest and Wismut Karl Marx Stadt of East Germany before losing to France’s Stade Reims 3-1 on aggregate.

Such success is difficult to comprehend now in a European mainland that has been compromised and marginalised by the TV broadcasters’ decimation of many domestic leagues. The Swiss Super League is desperately hanging onto the shirt tails of La Liga, the Bundesliga, Ligue 1, the English Premier League and Serie A. Along with the likes of Austria, Belgium, the Netherlands and the rest of Europe, the Swiss league is viewed as second tier, maybe even third.

So it is quite gladdening to see one of the trams, the intrepid number 9, heading towards the Wankdorf Centre with “Young Boys Forever” livery on its carriages. Despite the distraction of overseas leagues, all of which are within easy reach, local Swiss football still means a lot to the city of Bern and the Bernese.

There are other clubs in Bern, but it is likely that outside of Switzerland, precious few people have ever heard of them. FC Bern are actually older that Young Boys and did make an attempt to merge the two clubs in the 19thcentury. It didn’t happen, and FC Bern fell away, although as recently as 1925 they were runners-up in the Swiss championship. FC Bern provided two members of the 1934 Swiss national team that played in the second World Cup: Joseph Bossi, a pocket-sized forward; and defender Louis Gobet.

They currently play at Stadion Neufeld on the outskirts of town – just a 10 minute bus ride from Bahnhof Bern. It’s a multi sport centre but once played host to Young Boys. FC Bern play in 2.Liga interregional, group three – the fifth tier of Swiss football. They haven’t started the 2016/17 season well, losing 1-2 at home to FC Lerchenfeld and drawing 3-3 away at FC Grünstern. The Neufeld has seen better days, but it has a sizeable grandstand – and plenty of Young Boys graffiti from their most recent stint at the stadium.

SC Buempliz 78, as their name suggests, were formed in 1978. They are also in the 2.Liga interregional and play on the south-west side of Bern at Bodenweid. The claim to be “die beschte im westsche”, but they are currently bottom of the league. 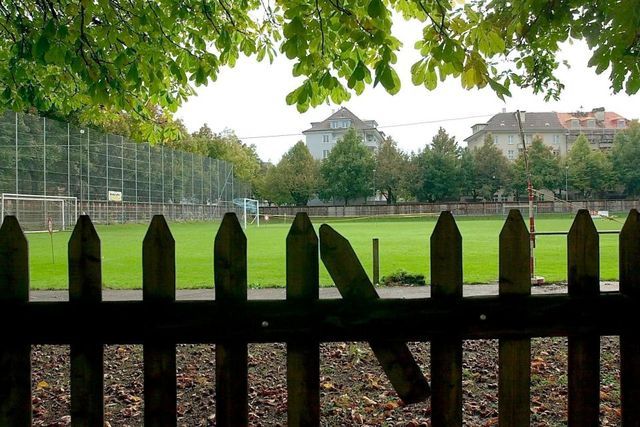 Much closer to YB is FC Breitenrain Bern, an amateur club that play in the third tier of the Swiss structure – the Promotion League. Breitenrain’s home ground is the Spitalacker sportplatz field in a quiet residential area of flower-trimmed villas and apartment blocks. It was once a more frenetic place than it is today and YB have also played there. YB’s fans like to remind Breitenrain of their existence and there’s a multitude of scrawled messages on the stadium’s fencing and exterior. That said, the locals are keen to stake their own claim, with banners claming the Spitalacker is their home and the encouraging “Hopp Breitenrain” slogans. I liked the atmosphere of the Spitalacker and its woodcutter’s stand surrounded by neighbours giving it an enclosed, if spartan, feel.

Breitenrain are currently in mid-table having won two and lost two of their four games. On the day we visited the club, they were losing 3-1 at YF Juventus in Zurich. There’s a lot of activity at the club, though, with children’s football going on across the weekend – starting very early on Saturday mornings.

All of these clubs are way below Young Boys in terms of size, but then with a population of around 130,000 Bern is a small city. But it has been a long time since YB were successful – they last won the Swiss League in 1985/86 and the Swiss Cup in 1987. On the evidence of our visit to the Stade de Suisse, a 7-2 win against Lausanne, they might just be on the verge of something interesting. Then, maybe, Bern will appear on the football map once more.

Check out similar tales of Swiss football in our recent mag, Behind The Badge, for the story behind FC Basel here